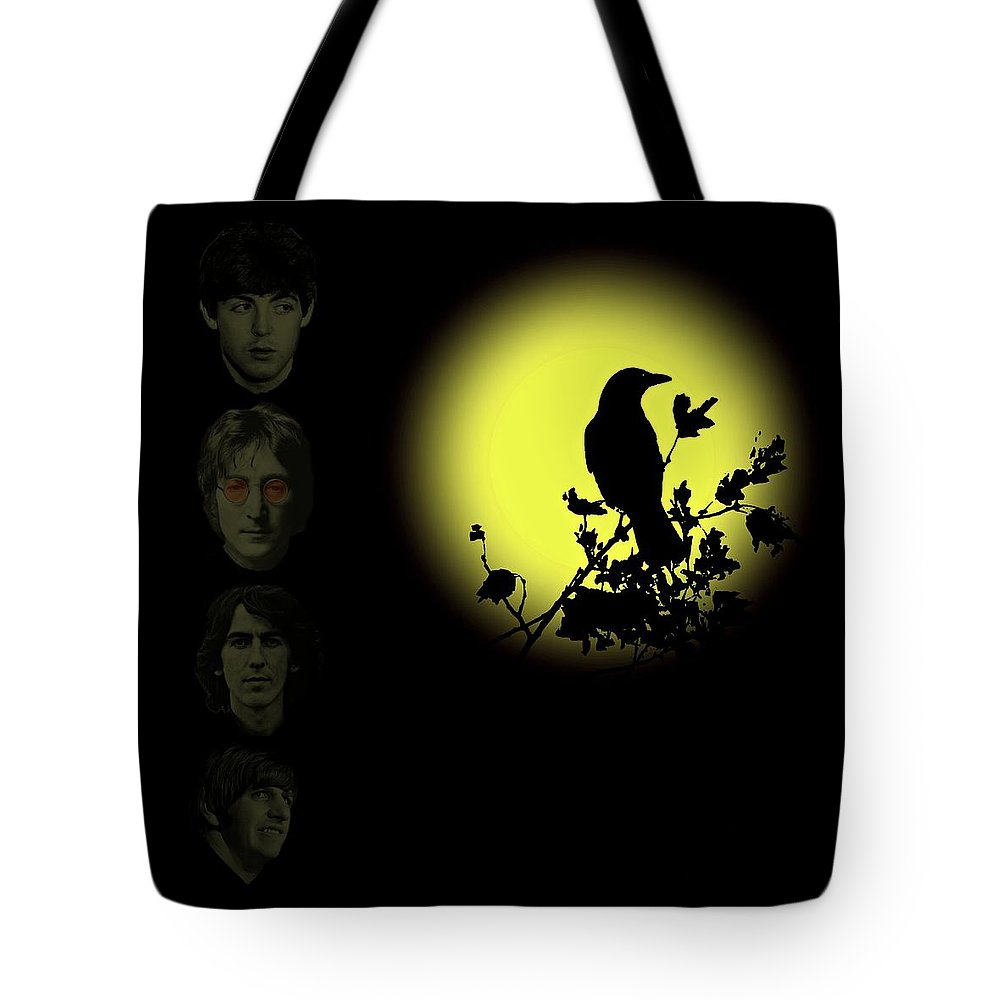 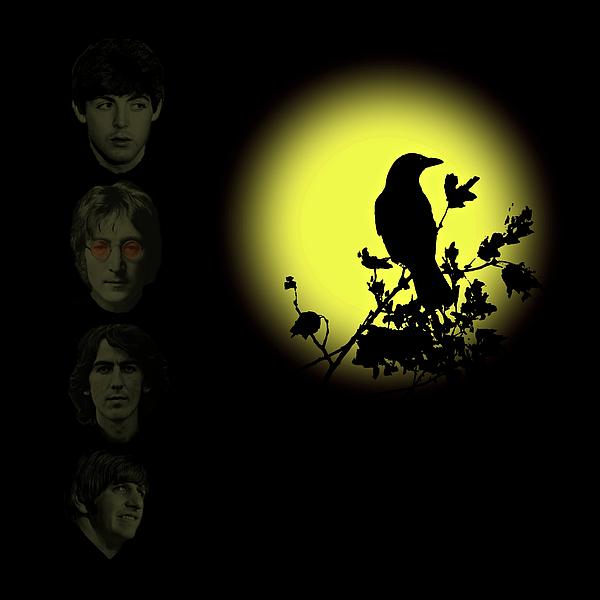 Blackbird Singing in the Dead of Night Tote Bag

Blackbird Singing in the Dead of Night - Beatles

Blackbird is a song by the Beatles, but performed as a solo effort by Paul McCartney, from... more

CONGRATULATIONS! .... and thank you for with us your wonderful work of art that been proudly presented on the Home Page of the group, 'ART FOR PASSION - PASSION FOR ART'. If you wish, you may archive it permanently or promote it further in the Discussions Tabs Featured .... Nancy Carol

Thank you to the buyer from Long Beach, CA. -

Such a creative image...love it!

Thank you Carmen - I appreciate your kind comments - Dave

Congratulations!! This stunning image has been selected to be featured for the week in the “Art for Ever with You” Group Home Page. You are welcome to add a preview of this featured image to the group’s discussion post titled “2019 April: Stunning Group Featured Images and Thank-you’s” for a permanent display within the group, to share this achievement with others. Also feel free to post your feature on our group Facebook page: https://www.facebook.com/groups/296998814248643/ Thank you for your participation in the group! ~Jan (April 4, 2019)

Thank you so much Jan - I appreciate your great support - Dave

Congratulations! Your marvelous art has been featured on the Home Page of the ABC Group. This art has been selected from the ABC Group's O is For Opaque themed week. You are invited to add this wonderful art to the features archive.

Thank you Pamela, I appreciate your great support - Dave

Thank you Richard for your great comment and support - Dave

Congratulation.....your wonderful work has been featured in the 1000 Views on 1 Image Group l/f/p

Thank you Christopher, I appreciate your great support - Dave

Thank you Richard for your visit and great comment - Dave

Congratulations on this sale

Congrats on your sale, David!

Congratulations on your sale David!...vote

Thank you Donna for your congrats and vote - Dave

Thank you to the buyer from Phoenixville, PA -

Thank you Terri - I appreciate your great comment - Dave

Very creative. Congrats on your sale!

Thank you so much Vishwanath

David, Congratulations on your sale!...like

Thank you Donna for your congrats and like - Always appreciated - Dave

Thank you to the buyer from Romeoville, IL -

Blackbird Singing in the Dead of Night - Beatles"Blackbird" is a song by the Beatles, but performed as a solo effort by Paul McCartney, from their 1968 double album The Beatles (also known as "the White Album"). The song was written by McCartney, though credited to Lennon and McCartney. McCartney has stated that the lyrics of the song were inspired by the unfortunate state of race relations in the United States in the 1960s.