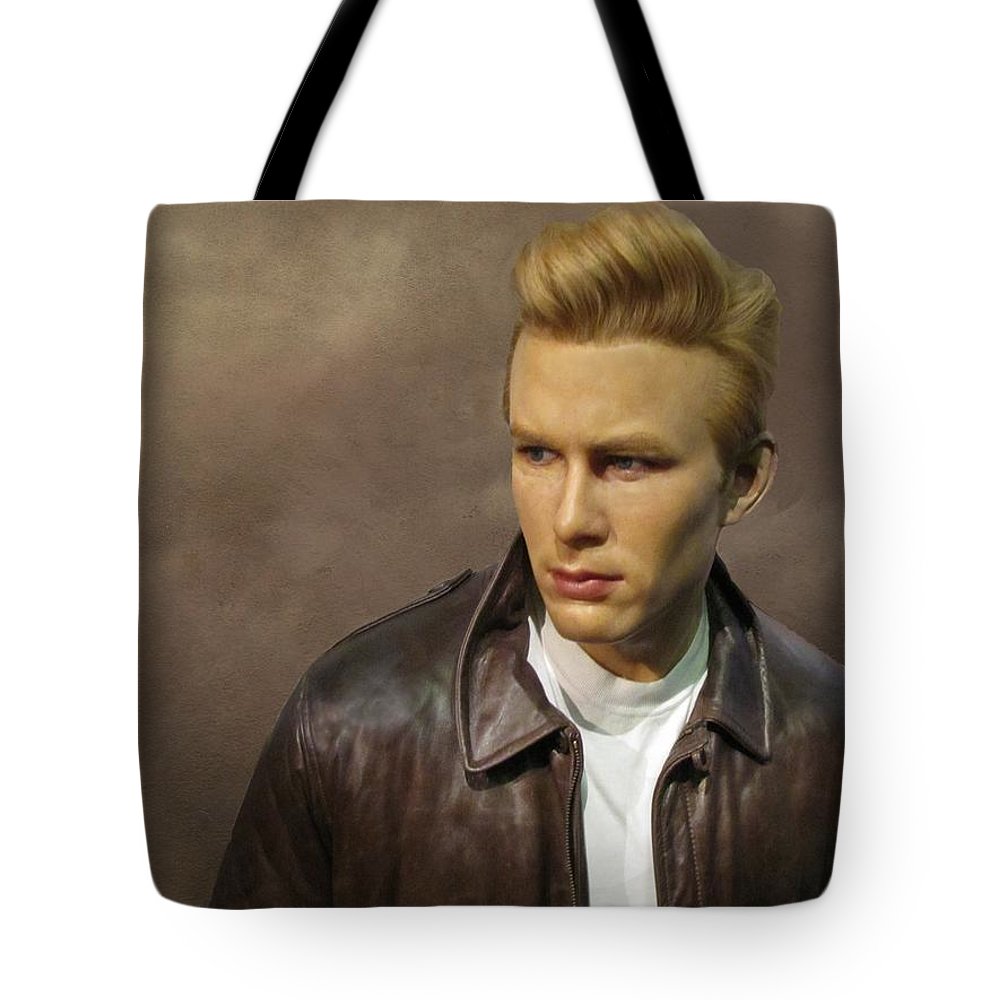 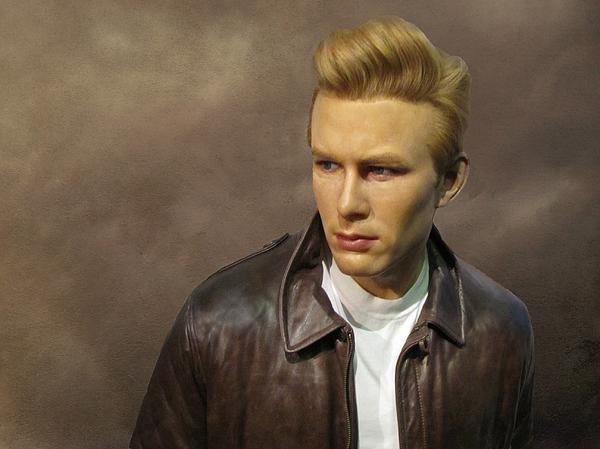 Rebel Without A Cause Tote Bag

Rebel Without A Cause... more

Thank you Jacqueline - I appreciate your great support -

Surprise & Congratulations!! Your photo has been featured on The Art Shoppe Cafe group homepage! Thank you for sharing your beautiful work with us! F/L

Thank you Donna for your great comment and support - Dave

Thank you Ernest for your great comment and support - Dave

I always look before reading, and I thought OMG he had a waxy complexion, and then read your description ,LOL! and how perfectly you shot his wax image!!! no doubts about it! Perfection!!! David!

Thank you Shirin for your comment and vote - Dave

Thank you Lisa for your comment and vote - Dave

Thank you Gwen for your great comments and support - Dave

David, Excellent angle to capture this great wax figure of a true icon, James Dean. I love the background colors on this figure and the way they make the wax figure stand out. Great capture of the facial expression and the details of his jacket and shirt. I went to Madame Tussaud's Wax Museum in NY and have always been tempted to put some of my photos of the wax pieces in my gallery. The only one I have for know is The Hulk. Excellent photo, voted, google, tweet and FB promoted

Wonderful work, the background lends itself so well to the mood! V

Thank you Linda - I appreciate your great comments and vote - Dave

Thank you Alexandra for your kind words and vote - Dave

What a great picture. v/g+

Thank you Rhonda for your great comment and support - Dave

Thank you Naomi - I appreciate your visit and kind comment - Dave

I think you made James come alive for us, Dave. Great post-processing. I am getting some wonderful feedback from his leather jacket and this hair is to die for. V/F

So glad you like this image Ann - what a great review - Thank you so much for your kind words, vote and favorite - Always appreciated - Dave

Very nice description David ! Came to know about this person through you...v/f/g+

Thank you Geeta - I appreciate your visit and super support - Dave

Thank you Annie for your great comment and support - Dave

Rebel Without A Cause James Dean James Byron Dean (February 8, 1931 - September 30, 1955) was an American film actor. He is a cultural icon, best embodied in the title of his most celebrated film, Rebel Without a Cause (1955), in which he starred as troubled Los Angeles teenager Jim Stark. The other two roles that defined his stardom were as loner Cal Trask in East of Eden (1955), and as the surly ranch hand, Jett Rink, in Giant (1956). Dean's enduring fame and popularity rests on his performances in only these three films, all leading roles. His premature death in a car crash cemented his legendary status Photograph taken in NY - wax figure - Multiple textures and shadows added.