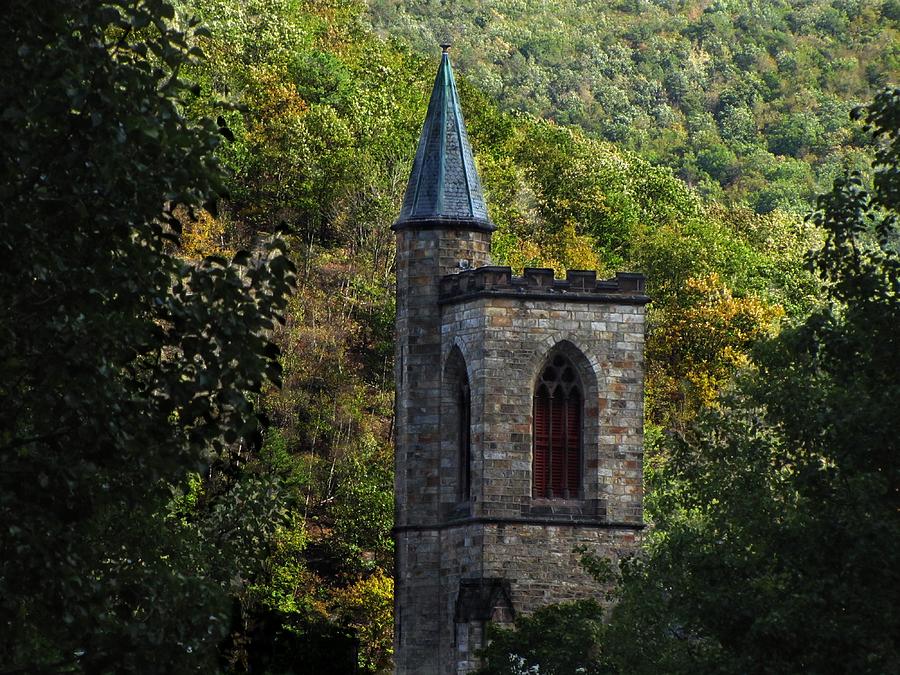 St. Mark's Episcopal Church is a historic Episcopal church located at Jim Thorpe, Carbon County, Pennsylvania. USA. It was designed by Richard Upjohn between 1865 and 1867 in the Gothic Revival style. Originally built in 1867, after the first church was demolished, and the cornerstone for this new church was laid in September 21, 1867. It was officially consecrated on September 21, 1869. The church is constructed of regularly coursed dressed stone and is in the form of a Latin cross. It features a square, crenellated bell tower and octagonal stair turret. The Sarah Packer Memorial Building, designed by Addison Hutton, was added to the church in 1887-1890. Asa Packer was a vestryman for 44 years and warden for 24 years. He and his family donated considerable funds toward the construction of the church and its additions.
It was added to the National Register of Historic Places in 1977, and declared a National Historic Landmark in 1987

Thank you Jerry - I appreciate your great comment and vote - Dave

Thank you Georgia - I appreciate your visit and kind comment - Dave